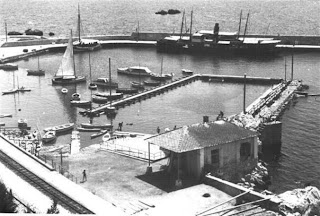 A brand new open air swimming pool was opened this summer where an old one was before, in Škver.
I was in a way sorry they tore down the old one, because of the charming cabins there for fishermen. 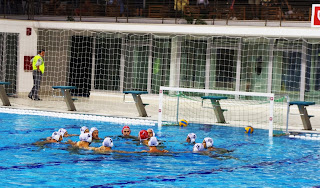 This season just started with a very good mix of veterans and youngsters in the team. 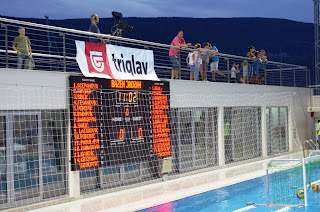 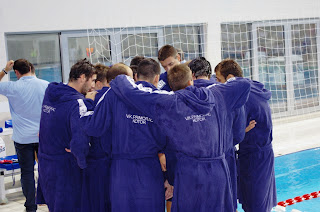 This match was against the big rivals from Kotor, Primorac. 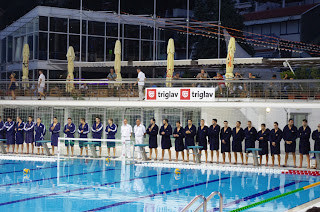 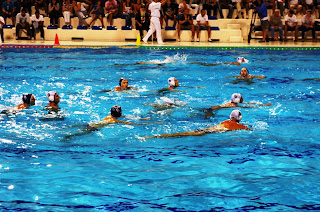 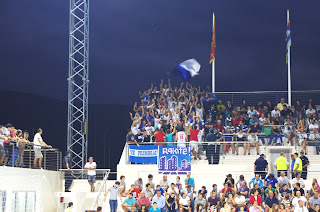 Primorac supporters make a lot of noise,
but they couldn’t avoid their team loosing the match
without Jadran putting too much effort into the last two quarters of the game. 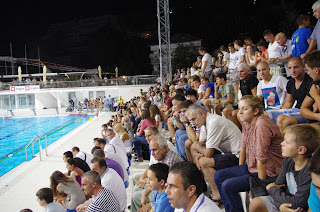 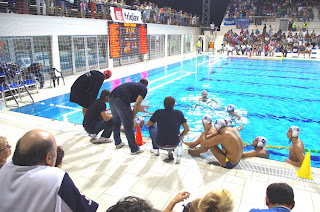 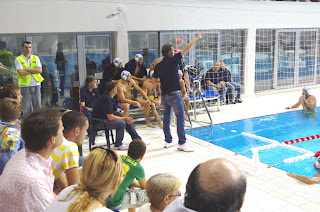 PVK Jadran got a new couch for this season, but he is not a new face. Vladimir Gojković has been a key player and captain on our team for years, though he is born in Kotor. 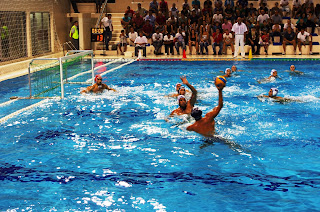 Our goal keeper Miloš Šćepanović is like a living wall. 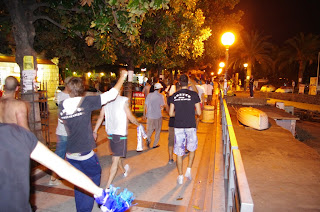 The supporters from Kotor were escorted by the police to and from the arena, as usual.
There is always a noisy, but friendly atmosphere in those matches. 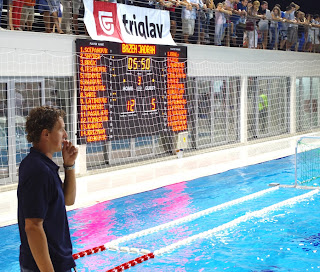 We won........ again.
And Vladimir coached his first important mach to a victory.
There will be more of them.... 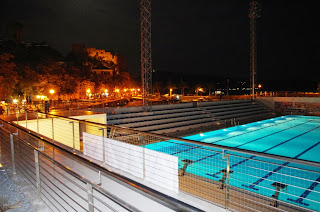 The new arena on Škver and the team is kind of well protected from the castle Forte Mare.
A full moon makes this wonderful evening in the end of September even more complete.
It’s time for coffee and a rakija.....